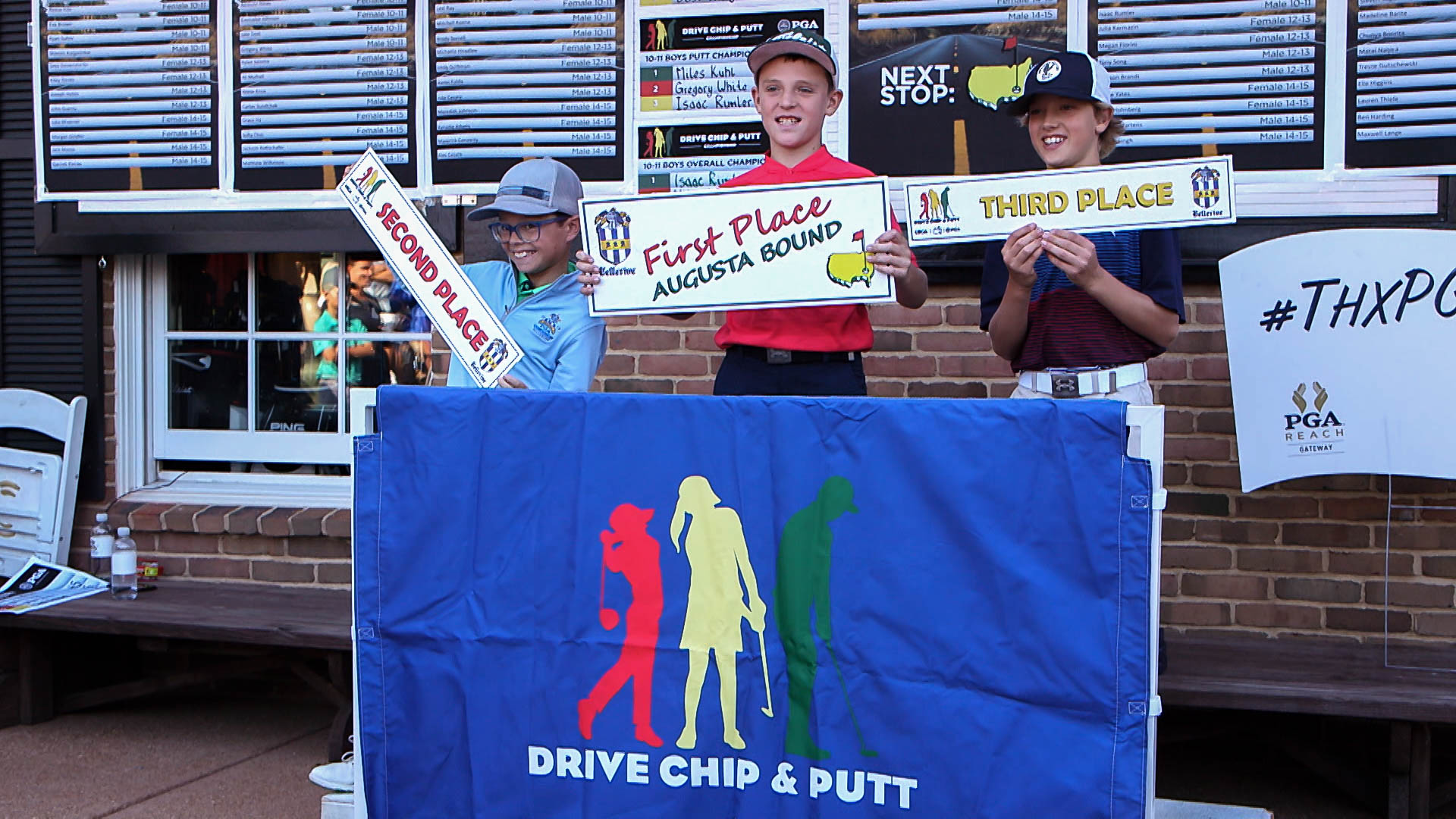 Drive – Chip – Putt… Not just the basics of a golf game, but a premier junior golf event. Being a part of the Junior Players Golf Academy is something your kid may never [fore]get. The dedication of instructors teaching and coaching on and off the course helps members of the JPGA become champions in many areas. 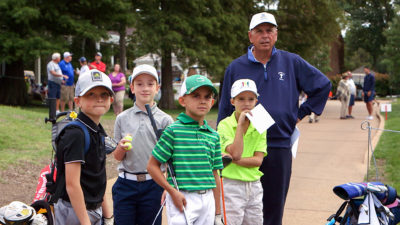 Each fall the JPGA holds a nationwide golf skills competition for young golfers known simply as the Drive Chip Putt. This year the Midwest regional match was held in Town and Country Missouri, at the Bellerive Country Club, where the PGA Championship took place just a few months earlier.

In preparation for the national championship, the Golf Channel airs a short teaser event made up of highlights from the regional matches, and Go To Team’s ST. Louis based camera operator, Kyle Kaiser, was their man on the ground capturing the action. The Drive Chip and Putt splits the competitors up by sex and then puts them into four age groups, 8-9, 10-11, 12-13, and 14-15.

All of the divisions have medals for first, second and third in each category, (driving, chipping, and putting), as well as the over competition which is determined by a combination of the competitors’ score from all three skills. Only the first place finisher in the overall competition gets to go to Augusta to compete at the final national level round. 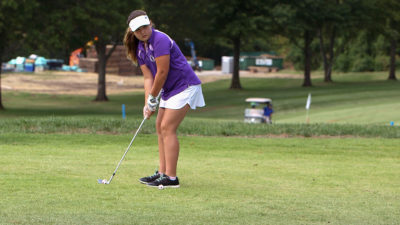 Kyle was tasked with capturing highlights from the competition as well as scouting out potential stories by having each winner fill out a questionnaire about themselves. We sent a PA to help with the questionnaires, allowing our shooter to focus on capturing as much b-roll and award footage as possible.

Once the event gets started it’s doesn’t stop, so our camera operator had to split his time between capturing the awards being given out to winners, interviewing each regional champ, and getting b-roll in between each award ceremony. In order to move quickly, Kyle shot mostly on the shoulder with his C300, using wireless hops from the audio operator to allow for maximum freedom, and a single battery powered LED for quick and easy lighting. 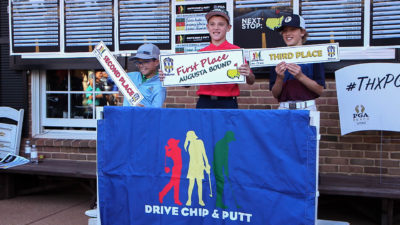 With all of the nonstop excitement, the day flew by quickly, and just as the sun was setting for the night the final winner finished his interview. Another regional Drive Chip and Putt had come to an end, eight young golfers had earned their ticket to Augusta, and our crew had a blast getting the opportunity to shoot all the talented competitors of the Midwest.