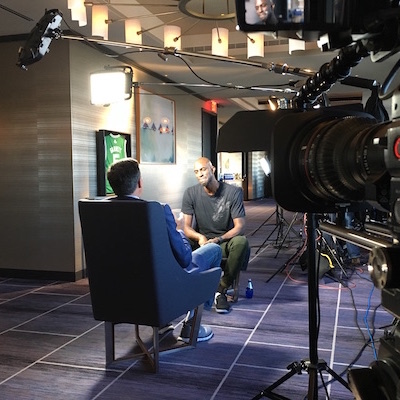 KG’s Start in the NBA

20 years went by without an NBA draft pick straight from high school. Enter Kevin Garnett. Our Columbia video camera crew went behind the scenes of an interview with him to talk about his early days in the NBA. He was drafted by the Minnesota Timberwolves in 1995. They saw something in Garnett. And they were right. He made an immediate impact with the team, leading them to eight consecutive playoffs. In 2007 he was traded to the Boston Celtics where he helped lead them to an NBA Championship. In 2013 he was traded to the Brooklyn Nets, and in 2015 he was traded back “home” to the Timberwolves. He retired in 2016 after playing for 21 years, 50,000 minutes, and scoring 26,000 points. 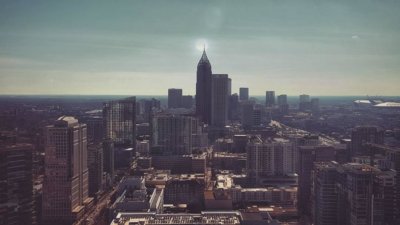 Kevin McHale conducted the interview. He played his entire NBA career for the Boston Celtics and later coached the Timberwolves, where he first met Garnett. So Turner Sports thought there was no one better to conduct the interview. McHale was one of Garnett’s first teachers in the NBA. He was a great mentor and friend. In the interview, McHale raved about Garnett’s energy. Garnett said, “Every time I hit the floor I just left everything out there.” He’s super competitive and also said, “I made it a point to learn something new every night and apply it.” The two men may have the same name and sense of competition, but they play very differently. They once had a falling out, but have since rekindled their friendship. 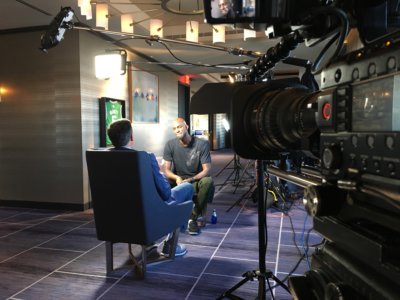 Turner Sports and the NBA 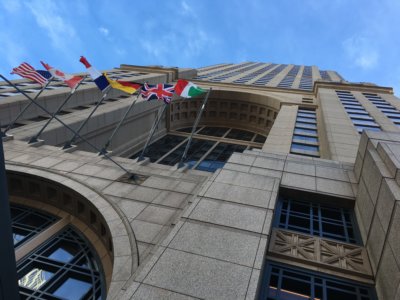 Interviews with NBA legends are always a treat, and this shoot was doubly sweet because we were able to do it with Turner Sports.