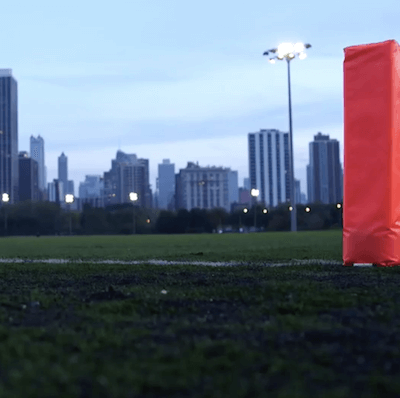 Our Chicago camera crew, Matt Rossetti, and Kyle Kaiser, hit the football field with Sports Illustrated to highlight football in Chicago. From the Bears to the Maroons, and from Friday Night Lights to flag football, the love of football is all over the city.

Once known as the “Monsters of the Midway” during their 1985 Super Bowl champion reign, the Chicago Bears are looking to bring back that tenacity and sportsmanship. They hold the record for the most enshrinees into the Pro Football Hall of Fame and the most retired jersey numbers. Big names that used to play for the Bears? Walter Payton, Dick Butkus, Mike Ditka, and more. But recently, they have been struggling to score big, so they just assigned a new head coach, Matt Nagy. He is hoping to lead them into a great 2018 season. We briefly hit the field with the Bears last season to showcase the NFL in Chicago. 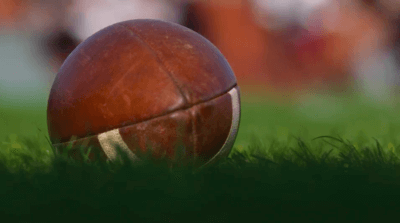 Big Ten Conference founders, the Chicago Maroons, are now competing in Division III. The University of Chicago in the 30’s decided they wanted to focus on academics, not football, so they stepped down for a while, but are now thriving where they are. They are football-only members of the Midwest Conference as of last season. The football tradition is far from over for the players. When interviewing the coaches, they said: “They respect the game, but they are also preparing for a future when the game is long gone.” There is a great juxtaposition of athletics and academics at the university. 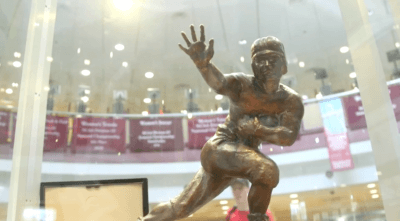 We kicked off shooting with the Von Steuben High School football team by interviewing players and coaches. The football program is still in its infancy – it started only two seasons ago. What are the coaches take on the new program? “It’s really helped build school spirit.” What are the players take on the new program? “It’s a great feeling knowing you started something so great.” Then we hit the field for a Friday Night Lights game to capture the atmosphere and fan reactions. Football culture fascination in Chi-Town starts young thanks to programs like this one. 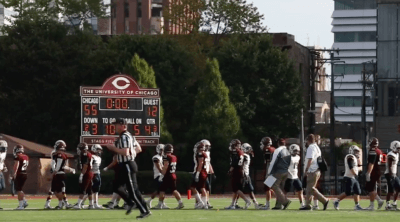 What better way to spend time with friends, get active, and forget about work for a while, than by playing recreational flag football? We watched as the “South-Side Stiff Arms” team blew off some steam on a Friday night on the South Side of Chicago. Co-ed, low stakes, all fun, coolers full of beer – the players love their league and encourage others to join in. One of the players even said, “I don’t think I’ve ever met anyone that’s not a sports fan in this city.” We are certainly fans after hanging out with these fun friends. 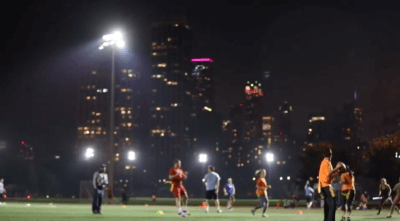 Seeing the passion for football in Chicago from the highest level to lowest was energizing and fun. We had a great time shooting for Sports Illustrated and hope to collaborate with them again soon. What city will they highlight next?

Watch the full piece here. Also check out their “Football in America” segments in San Francisco, Charlotte, and Philadelphia.